Karpin’s team is ready to compete with the winner of the Tsunami Cup and a participant of the 2022 World Cup.

After all, the Russian national team is returning to the world stage. Valery Karpin’s wards will play against foreigners for the first time since last November. Sports authorities have already found two opponents for our team, among them – the winner of the international tournament and one of the participants of the 2022 World Championship.

However, not all our stars will help Russia to reassert itself after a long pause. But the chance to show themselves will appear among the masses of talented debutants.

The Russian national football team will play its first international match in 2022 on September 24. Our opponents will be a team from Kyrgyzstan, whose track record includes several local successes in minor tournaments, including victory in the 2017 Tsunami World Solidarity Cup.

The September match will be held in Bishkek at the Dalon Amurzakov Stadium. After the visit to Central Asia, the national team will face a more powerful competitor. In November, according to the previous agreement, our football players will play with the Iranian team, which is preparing to participate in the World Cup in Qatar.

– Two friendlies are good news. This issue has been worked out for a long time, but it was not so easy to solve it against the background of the sanctions imposed by UEFA. Still, RFS did a good job and found opponents who agreed to play with us. I am very glad that it happened, we want these games to take place, – RIA quotes the words of ex-president of the Russian Federation Vyachaslav Kalaskov.

There is no point in arguing here – in the current conditions, getting our national team the opportunity to play against foreign rivals should be perceived as a success. Probably, most of the fans would like to see our football players in confrontation with the French or the English, and not with the Asian teams of dubious level, but the choice for the Russians is now very limited.

And the same Iran should not be underestimated – the 22nd place in the FIFA ranking and the fact of getting to the World Cup hint that the Princes of Persia are hardly a head weaker than our team. In the November match, you will be able to see how Karpin’s team looks against a serious opponent. As for the September meeting, there will be pluses here as well. With ideal schedules, the Russian national team will allow fans to remember the joy of victory again. And in general, to remind the general public about the existence of our national team.

The coaching staff of the Russian national team did not hesitate to choose the team and has already decided on an extended application. Valery Karpin and his assistants caught the attention of 35 people. The absence of a number of leaders who play in foreign championships is striking.

In individual cases, no explanation of the incident is required — the injured Aleksey Miranchuk and Denis Charyshev, who were out of practice for a long time, were not worth waiting for in the team anyway. The appearance of Alexander Kokorin, who just moved to a new club, was doubtful.

But where is Alexander Golovin? Where are the conquered “Turks” Magomed Azdoev and Artem Djuba? Just the other day, Karpin’s assistant Viktor Anopka allowed the appearance of the Adana Demirspor forward in the national team! The head coach recently explained his controversial choice:

It is connected with logistics that does not allow to get there quickly. Talked with Golovin, he has a lot of matches in the championship and the European Cup. A flight to Bishkek and back is a three-day trip. We know our legionnaires. We know the capabilities of Golovin. I don’t think that there was a great need for his invitation – “Match TV” quotes Karpina. 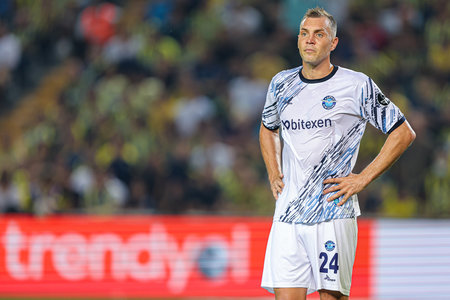 But if the same motives will apply to the next meetings, then we risk not seeing Artyom in the colors of the national team again. Besides, not the youngest football player will stay in Turkey at least until the summer, and there the option of extending the contract may be activated.

Getting to know the main team

The absence of legionnaires in the application does not allow us to say that the national team will play as a semi-reserve team. The presence of such players as Matsvey Safonov, Georgy Zhikia, Dmitry Borinov, Daler Kuzyaev, Roman Zobnin and Arsen Zakharan hints at the fact that Karpin intends to call the strongest of those who play in the Russian championship even for friendly matches.

At the same time, the coaching staff, it seems, is not at all against experimenting, given the challenge of a large group of players who had no practice in the first team before. It’s not just about youth – the 26-year-old defender of “Akhmat” Yury Zhuravlev or the midfielder of “Sochi” Artem Makarchuk do not belong to this category anymore. The 35-year-old goalkeeper of “Zenit” Mikhas Kerzhakov can be considered a veteran.

However, there are also enough young football players. Alexander Silyanov, Daniil Khlusevich, Artem Karpukas, Alexander Kavalenko, Nikita Krivtsov – all these are new faces for the national team. It is not a fact that there will be consecutive debutants on the field in the game against Kyrgyzstan, but it is likely that someone from the rookie group will be able to gain international experience. And for the rest, familiarization with the training process of the main team of the country will not be superfluous.