The companion of the former owner of “Spartak” could not leave quietly.

18 paragraphs of the text in which “Leonid Arnoldovich” appears for the first and only time in the 17th, but there are 23 personal pronouns “I” with its possessive forms. If “self-love” really exists in “Spartacus”, then before us is its main manifesto. “I spent exactly two years of my life” so that the club’s one-hundred-year existence in two different state systems looked like a trifle against this background.

This contradictory statement, in which exclusive trust only in foreign specialists is peacefully applied on adjacent lines with the recognition that the school “Chartanov” has given the youth team of Russia more players than the academies of “Zenit”, “Spartak” and “Krasnodar” combined, could be I think it’s just a little too open and ardent dedication to a club that is mine, only mine and no one else’s. It is clear from him who made all the key decisions in “Spartak” in the last two years. But in this text there is a way out of the club framework. It sounds a black verdict on Russian football in general.

Let’s study. “Unfortunately, football and sports in Russia are doomed to be outcasts for years – this is a sad reality. At the moment, the football community can pretend and promise that everything will be fine, but the industry will not survive without international tournaments, the best players, experience, cooperation. Now we are just feeding on the remnants of the past. Private football clubs will die out as a species without receiving dividends from the main businesses, transfer transactions will be unavailable, software and modern IT solutions, international cooperation in business and social sphere is already disappearing. Only monopolies and their monopoly football will remain. There is no such thing in any European country.”

This prediction can be evaluated ethically and substantively. From the point of view of ethics, the words: “Spartacus” are once and for all. It’s the people, it’s the house, it’s the religion, it’s the cultural code and it’s a place that doesn’t forgive cowardice, weakness and indolence.” And they said goodbye to the club in a difficult situation. At a moment when one cannot show cowardice, weakness and indolence, “people, home, religion and cultural code” suddenly receive a letter from the other side, as it were. It’s like writing a message on the deck of the sinking Titanic from the first boat that left it and expecting the condemned people to weep with love and gratitude. Especially for imagination. After all, no one dared to declare that “Spartacus” is a pizza.

In essence, it is said here that the ruling family claims to set the standard of behavior for the rest. It’s as if they say to us: “We leave first, because we can see the clearing better than anyone else.” We are leaving and we expect that other private capital will also leave the condemned Russian football.” If a well-known furniture company were to leave Russia with the statement that soon there will be no one left who knows how to make stools, it could be laughed at with a slight bitterness. Garkata – because both “Spartak” and the furniture company are leaders in their fields, and their words are important for many. And before such a black prophecy is proven wrong, it can do a lot of damage. There are a lot of examples of how in the last six months, with just the words of “leaders of public opinion”, the bearers of various competences, which the country would still need, were brought out of Russia.

Hundreds of carefully selected words stand before us like trees, and it is important for us to see the forest behind them. The truth is that the author of the farewell note really talks about the reasons for which “Spartak” and, perhaps, all of our football can no longer exist in the previous model. That is, if you had a simple question: “why are they now leaving Spartak?”, then the answer has been received: money from “core businesses” has become less, international transactions are a problem, and the owner of the club is no longer able to support its viability. A football club as a kind of rent-financed luxury is becoming impossible. So far only in Russia.

We do not know whether the system of life that has developed in world football will last forever. And is our domestic, “dying” football very different from there. After all, if he dies here, being the same as Taka and a part of the common, then Taka will also die, perhaps?

The author of the Spartan farewell predicts that only monopolies and their monopolistic football will remain. There is no such thing in any European country.” But the fact that the two richest clubs in Europe – “Manchester City” and “PSG” – is nothing but the property of the state-monarchical monopolies of the Middle East escapes her attention. And the noble “Barcelona” is similar to the impoverished Porthos, who is ashamed to show people his modest rear and for the sake of survival pulls on the notorious “economic levers”. 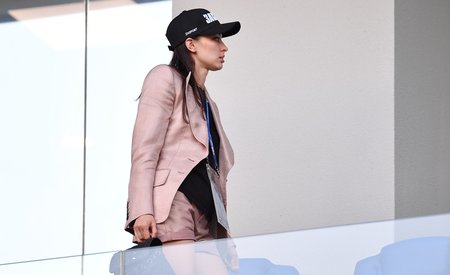 “Titanic” sank, but mankind did not stop building ocean liners. And the movie was not made about those who jumped overboard before everyone else in life jackets, but about those who remained to live through the drama until the end.