Thanks to the new contract, the forward of “Paris Saint-Germain” surpassed Cristiano Ronaldo and Lionel Messi in the rating. This season, the 23-year-old French forward will earn $125 million.

Paris Saint-Germain forward Kylian Mbappe has become the highest-paid footballer in 2022. The annual ranking was published by the Sportico portal.

The 23-year-old Frenchman is said to have overtaken last year’s leader and team-mate Lionel Messi thanks to a new PSG contract signed in May.

Sportico estimated that Mbappe will earn $125 million this season. Of this, $105 million is salary, and $20 million is from various sponsorship contracts. 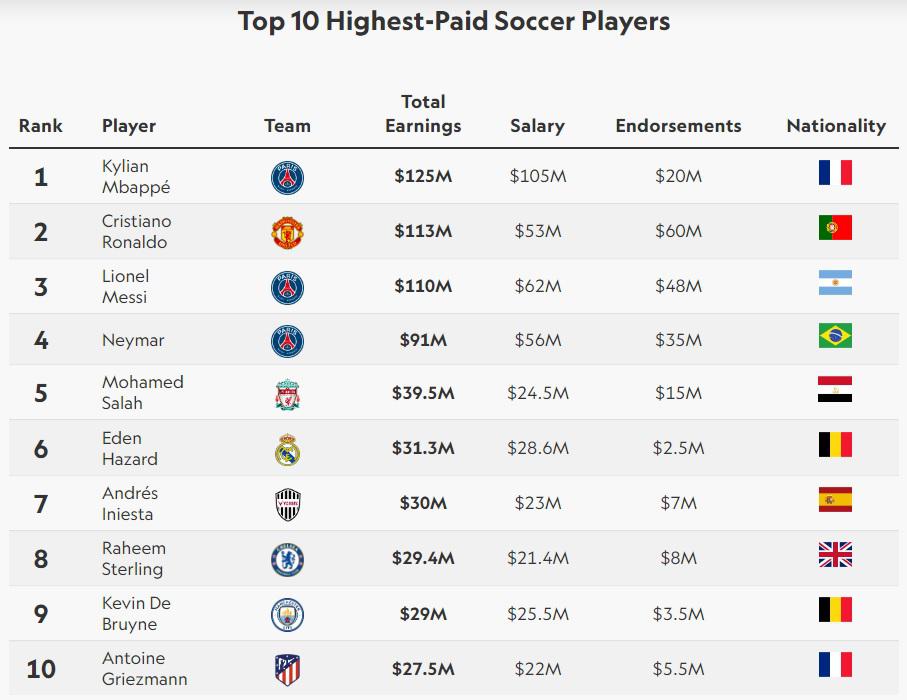