The bicycle is more and more persistently winning its place in the urban environment. People on two-wheeled transport can now be found on the streets even in winter. But is this way of moving around the city so convenient, what difficulties do cyclists have to face on the streets? Newslab talked to a resident of Krasnoyarsk, who often rides a bicycle around the city, and got her opinion.

As long as I can remember, I have always had a bicycle. As a child, my brother and I used to “cut through” the BHMD hospital park every day of the summer – there is a lot of space, but there are almost no cars. In senior school age, the geography of trips expanded, we even went to the city. Then there was study and work, so cycling was abandoned for a while, but it has been 10 years since it returned to my life.

I live in the railway district and there is absolutely no place for an adult to ride here. That’s why the walk usually looks like this – first 6-7 km by bike to the place of skiing, skiing itself, and then the return journey. Together less than 20 km at a time does not go out. I don’t move very fast, so a walk takes at least 2 hours.

I travel through the city only by transit to avoid waiting at traffic lights, but I fully experience the difficulties of moving through it. The main rivals here are cars, pedestrians and stray dogs, which are numerous in yards and near construction sites. A cyclist, no matter how fast he moves, will “obstruct” everyone.

Drivers do not perceive those driving two-wheeled vehicles as full road users, so they sometimes allow dangerous maneuvers. In order not to face various provocations, I try to move along the sidewalks. But even here the bicycle is a stranger. There is especially a lot of indignation from young mothers with strollers and who have stretched into a chain of companies. 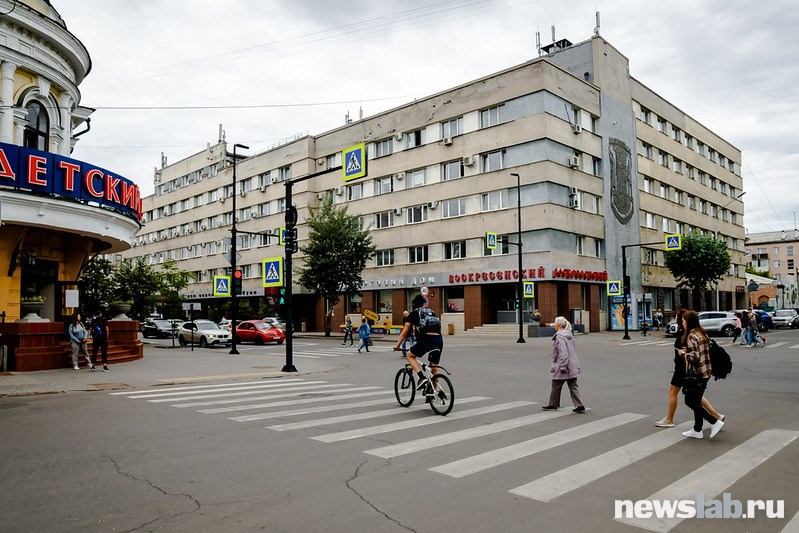 Many people say that if a network of bicycle lanes is created in the city, the situation will change. But I don’t think so: there are paths on the embankment and on Tatishava, but they are almost always occupied by pedestrians who do not notice markings and signs, and sometimes react quite sharply to comments.

However, after the renovation, the center of Krasnoyarsk became much more comfortable, including for cyclists. Due to the fact that the traffic lights work in a new way, it has become more convenient to cross the road without crossing the road, curbs with lowering have been made almost everywhere.

Hell of a ride

But the rest of the city is not adapted for two-wheeled transport. For example, getting to the “Planets” area by bicycle, where I work, is not even a thought. Because the sidewalks on the Maierchak, 2nd Branskaya, Karavulnaya, and vice versa, and the section of the aviators from the crossing of the Kastrychnitsky bridge to work are intended only for cars. 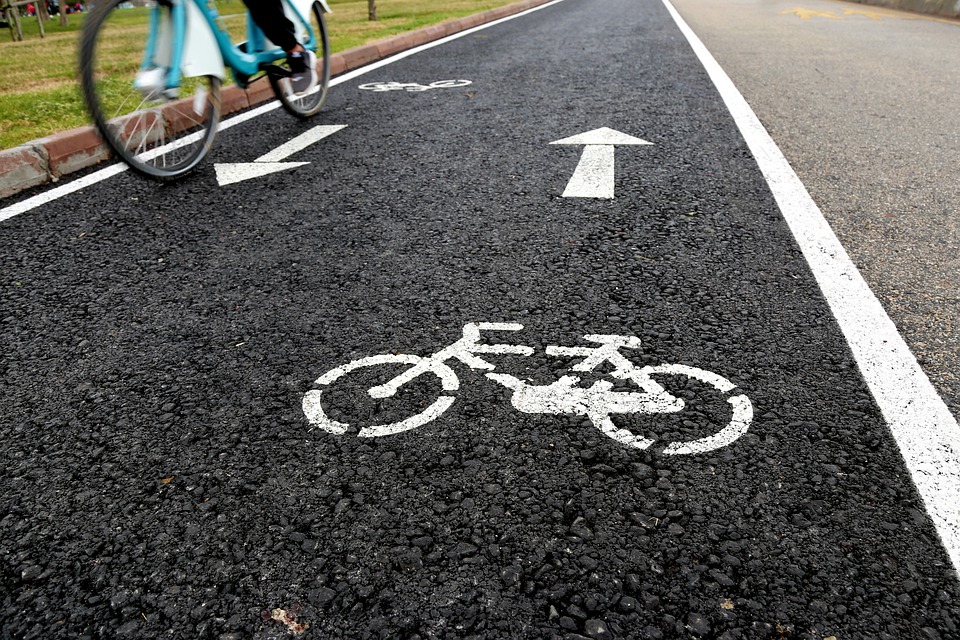 But the most hellish trip I had was a walk to the Takmak spa complex. For some reason, my friends and I decided it would be fun to go there for the weekend and ride our bikes around the area. It was necessary to drive about 20 km in one direction (after the introduction of the Mykolaiv bridge into service, the distance can be reduced). While we were driving around the city, everything was more or less fine, but after turning onto Bazayskaya Street, the horror began. Tamaka is a broken one-lane road with many closed turns.

My companions were moving faster than me, so at some point I was left alone. Every turn was a step into the unknown – what’s out there? But you can’t turn back. I still remember this trip as the scariest in my life. There was no talk of pleasure. Thoughts were only about survival. We drove back as a group and it was a little calmer.

If we talk about which areas I really would not go to by bike, it would be the entire private sector, Kalinin, Shakhterov, Zielonaya Gai, excluding Ulyanovsk and Metalurgov, and almost the entire right bank except for Krasrab and Vavilov. That is, you can ride in the city only on the “central” streets of neighborhoods.

A favorite place for walking skiing is the distant part of Tatyshovo. It is quiet and there are few people. In summer, yellow lilies and various wildflowers bloom here. And the bike rolls on a soft dirt track in a completely different way than on asphalt. In addition, there are many clearings where you can have a fun picnic.

But this wonderful natural corner, unfortunately, is now being destroyed for the sake of creating triathlon tracks. Who needs them, I don’t really understand. There are not so many people who practice this sport, they could be given, for example, the tracks of the “Rainbow” stadium or the Academy of winter sports, but they are hardly used in the summer.

Most of the people are now concentrated in the eastern part of the island. Recently, it has become too crowded there – runners, cyclists, roller skaters, mothers with strollers and older children on scooters, the trajectory of which cannot be predicted, are mixed in one pile. The “meeting” movement should not be surprising here either. So you are constantly in tension.

The most difficult situation is now in the area of ​​Kastrychnitsky Most, where public catering and rental points are concentrated. Pedestrians walk out onto the “roadway” as if there is no one around. And this does not even apply to children, who are carefree by definition, but to adults.

I personally did not have to get into an accident, but helping someone who has fallen – yes. The fault was a little boy who decided to cross the oncoming lane right in front of the girl. She was riding her bike down the mountain at a fairly high speed and didn’t have time to stop. The child was not injured, but was frightened, and the girl left in an ambulance. The boy’s parents blamed her for the accident, although they themselves were guilty of it – they saw that the child had left for a “meeting”, but did not stop him.

Our other interlocutor is Alyaksei, who has been cycling around Krasnoyarsk for many years. He is an active participant in urban cycling. He gave some advice on how cyclists should behave in the city, to enjoy their rides and not become a participant in the conflict.

And do you ride a bike? Tell us in the comments about your favorite routes and what annoys you the most or, on the contrary, makes you happy on the road.