The other day, I got to participate in a closed presentation of Ubisoft’s upcoming sports game called Riders Republic, and then also played for several hours as part of the closed beta testing. I will talk about this experience today.

To begin with, each player is encouraged to create their own rider who will be the face of the user in this MMA. The options in the editor allow you to create something beautiful, but this is what I created. Yes, it’s a bearded woman.

The game then sends the player to learn the basics of biking, skiing/snowboarding, and jetpacking. The latter has the default of inverting the Y-axis in the control, which causes significant pain a little below the back, and therefore it is recommended to take care of changing this parameter in the settings in advance.

As part of the training, the player has to complete three races, each of which is dedicated to his vehicle. I had the most positive impressions after riding a bicycle, both from a road bike and from a mountain bike. Riding a bike is really fun (on a jet too).

I would like to call skiing/snowboarding the second most convenient form of transport. As part of the game client, which is available on ZBT, the behavior of these times was extremely strange, but the version of the game is still far from final (according to Ubisoft’s representatives), so I will not complain too much. It’s also quite fun to ride, and failing tricks with landing on your face and other body parts is sometimes very frustrating.

But the jet pack and the races on it did not bring me any fun, and rather, on the contrary, annoyed me. And no, it is controlled normally and the problem is not in the game, but in me. That’s all I don’t like here. Somehow there is little dynamics in what is happening, there is no feeling of high speed, but the control of the aircraft is not too responsive, which even in similar conditions causes significant problems when trying to get into the necessary ring. 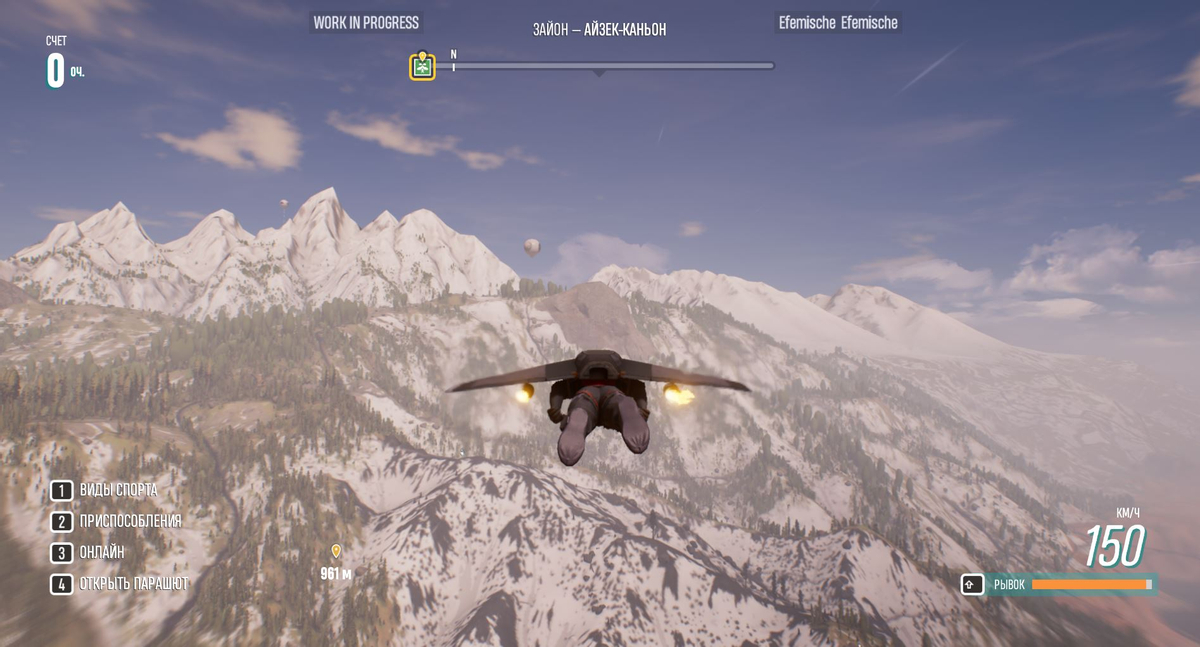 The last MC that is available in the game as part of the ZBT was a snowmobile, which is in fact an all-terrain vehicle, but develops the highest speed precisely on snow. It cannot be used for racing, so it is only used for fast movement on the map.

The races themselves are held either against “fake” players who have already passed in this race, or against real players. The driver needs to pass through the checkpoints and reach the finish line, but there are also races where you need to score the most points with the help of stunts. In a timed race, if you’ve jumped past a checkpoint, which is usually a relatively small gate, the game has a rewind function that allows you to rewind time for your character back to the point where you haven’t jumped past the gate yet. If you are not satisfied with the rewind, then you can wait three seconds and the game will automatically move your character to the point in front of the gate.

Before moving on to the 50+ player mass races (for PC and current generation consoles, last generation has fewer players) I want to talk a little about the schedule. The game looks quite average, which is most likely a consequence of the huge map and the same races with a large number of players, but it is optimized decently. At 1080p resolution on ultra settings, the GTX 1060 produces about 40 frames of average frame rate with drops to 29-30. For maximum comfort, I recommend switching to high settings, where the frame rate did not drop below 50. 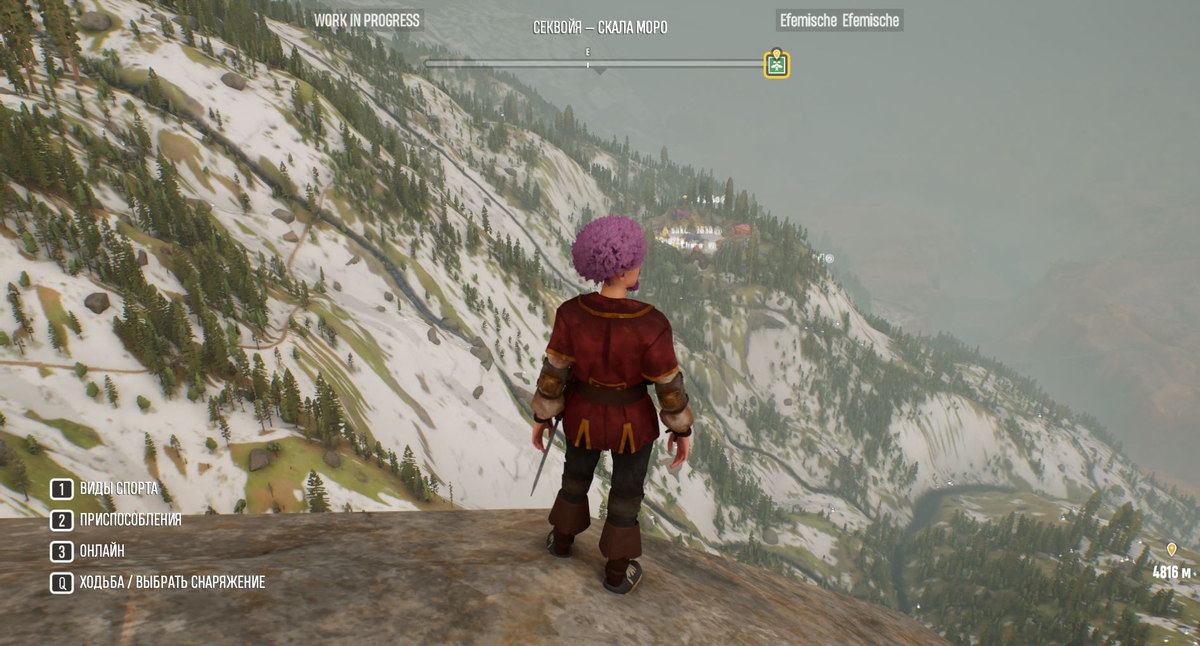 Mass races consist of three heats, each involving two vehicles. For the first 9 seconds of each run, players are immune to other players’ pushes, but then chaos ensues. Overall, the mode is fun, but it has flying, which I can’t stand.

The second PvP mode is the Stunt Competition, where two teams try to score as many points as possible by performing ski/snowboard tricks. Players can capture springboards, which gives the team an additional bonus to points for tricks performed on them, and a bonus can be gained for having an ally nearby. An indicator of this proximity is the line connecting the players. This mode is fun, but my teams couldn’t beat it in a dozen tries.

Another question that probably bothers many: “What about microtransactions?” I answer. You can’t buy anything except cosmetics, and you can collect funds for it in-game. 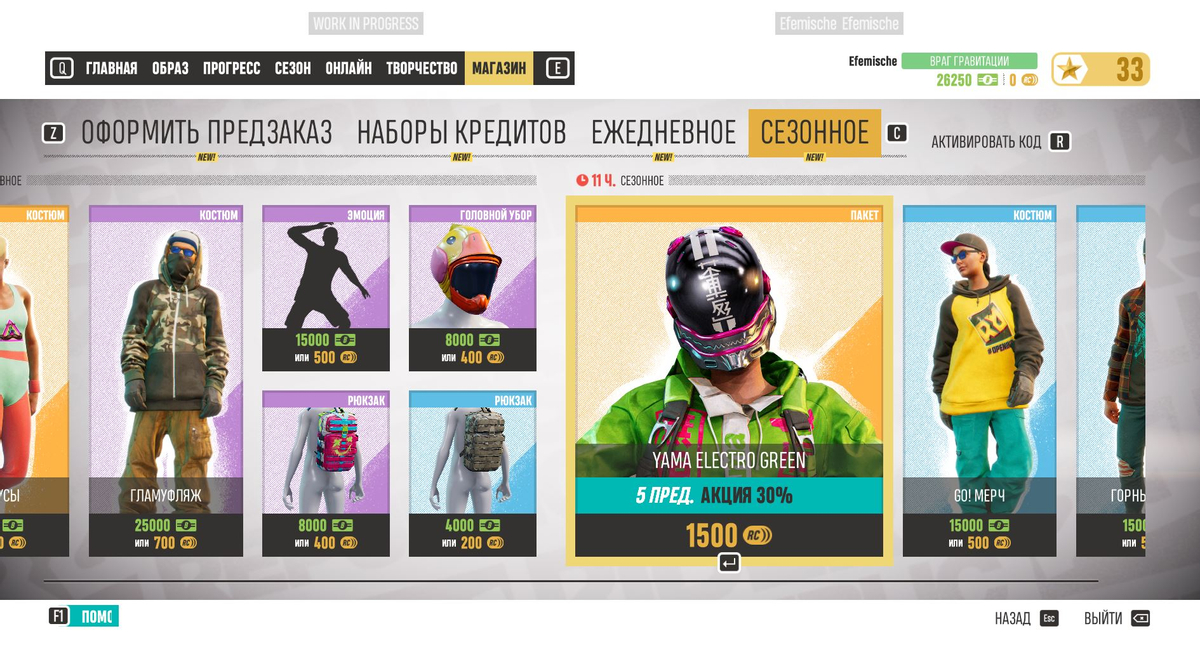 In general, I had a rather mixed impression of the game. Some of the vehicles are very nicely done and fun to ride, but there are some flights that I personally didn’t like very much. There are two PvP modes that are well-implemented and balanced, but the mass race has flying that I hate and can’t get rid of. The game looks like it’s not bad, but the dependence between the iron requirements and the picture seems unfair to me. It is quite likely that everything will be fixed before the release (I remind you that we are “far from the final version of the game”), but for now we have what we have.