Adherents of fixed gear ideology have always stood out from the general mass of bicycle traffic. And one of the distinguishing features is the absence of brakes.

At the beginning of the 20th century, bicycles were divided into road bicycles and those used on the track. The others were distinguished by the absence of a braking system, the presence of only one gear and lightness. The design made it possible to develop high speeds, which was required of athletes during track races.

In 1948, the Japanese invented a type of cycling competition called “keirin”. Six to nine riders took part in the race, starting at the same time. A motorcycle was leaving in front of the athletes, which could not be overtaken. The bike was moving at a speed of 25 km/h and gradually increased its speed to 50 km/h. 2.5 laps before the finish line, the motorcycle driver left the track, and the riders started a sprint. Sometimes their speed reached 70 km/h. This type of racing gave impetus to the development of the fixed gear subculture.

The ideas of riding a single-gear bicycle began to go beyond the boundaries of sports facilities. All in the same Japan, track bikes began to be used by couriers. They ran around the city, clinging to cars, breaking traffic rules. The main thing was to deliver the parcel on time.

It was bicycle couriers who started organizing informal “Alley Cat” races in cities. It is difficult to call them a “sports competition”, but a game or entertainment – completely.

When I started riding, the “Fix” was a stylish bike that was just entering the Russian market. A great way to stand out. No one rode on the highway back then, and mostly everyone had mountain bikes. When I saw the blue Create, I thought, “Damn, cool big one. One transfer. We need to collect something like that.” At that time, almost everyone assembled bicycles from scratch: there were no ready-made options. “Fiksy” was distinguished by its simplicity, appearance and the ability to drive through streets without traffic lights. I don’t know how it is now, but nobody used to drive according to the rules. 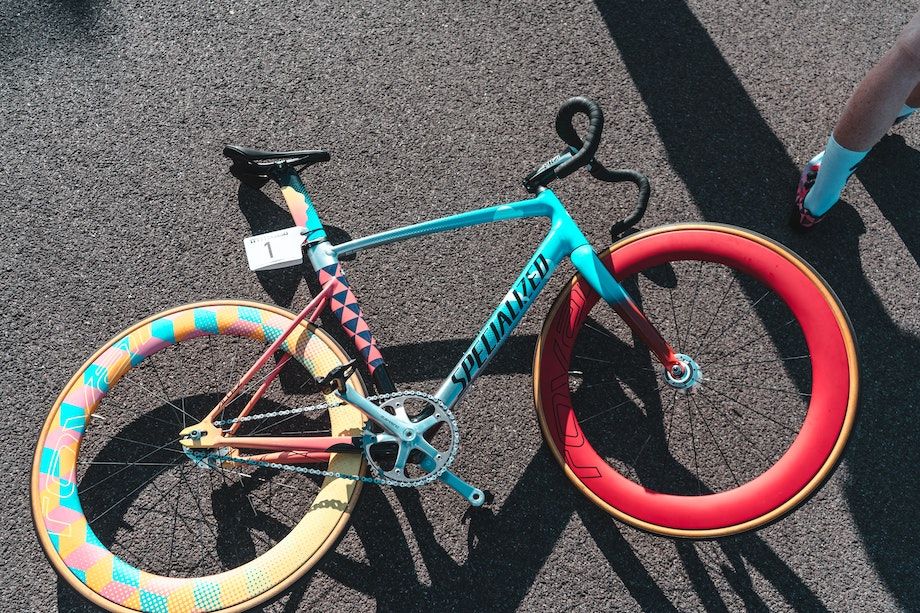 Originally a “fix” is a track bike. When driving on the track, you only have one gear, and you rev ​​it up as much as possible. You drive on an oval: there is nowhere to turn and brake. Couriers who managed to get a bike from a keirin rider realized that the unit itself is cheap, the service is the same. If you had excellent control over your body and bike, brakes, in principle, were not needed.

According to my personal experience of riding in Moscow, the “fix” does not need to be maintained at all. Once a season you change the back cover and that’s it. 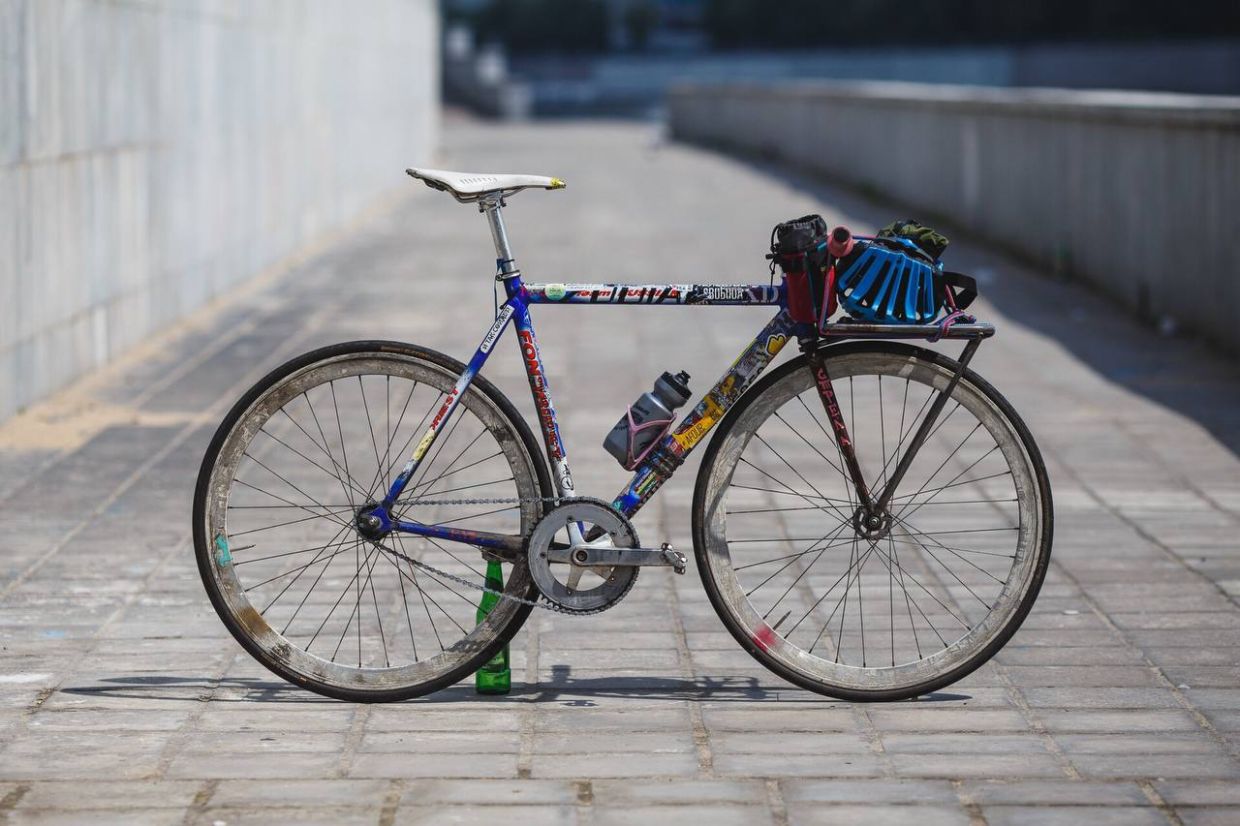 Photo: From the personal archive of Sasha Pesto

But you can still brake

The transmission of a bicycle is fixed: you turn the pedals forward and backward. Since physics is present in all aspects of our life, it is still possible to slow down on the “fix”.

If you use your legs or body to stop the movement of the chain and the rear wheel, you will get something similar to applying the rear brake. In fact, this method of braking is not the most effective. I will reset the options (braking technique. – Note. ed.) very much. It all depends on the situation. In fact, the one who rides on a classic fix, chooses such a trajectory that the discount is not needed. In an emergency, especially in the rain, there is no point in braking. The lack of a brake is its highlight and the thrill of driving. 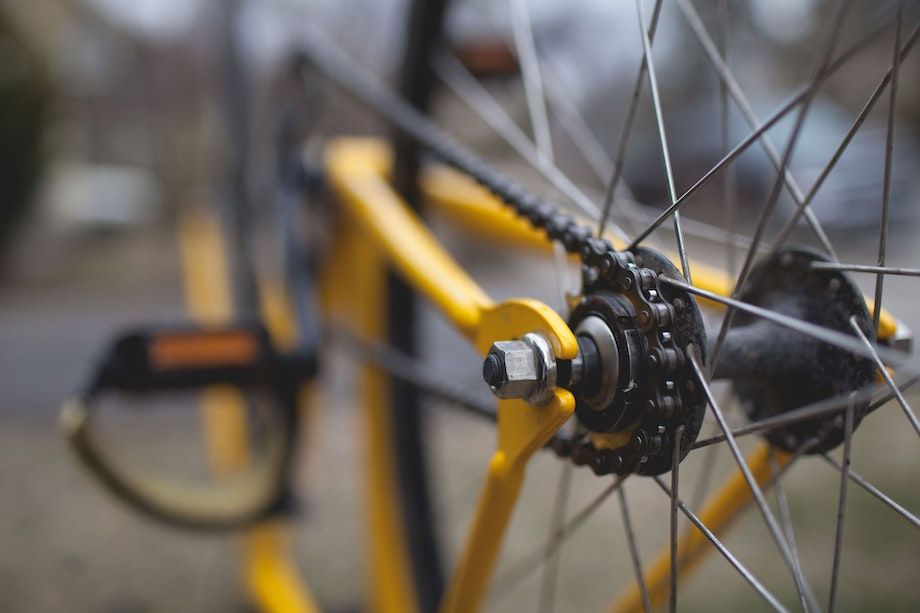 Riding on a “fix” is not difficult

I started riding in 2011. Back then it was problematic to drive, as drivers did not have much respect for cyclists on the road. We were not perceived as road users.

In those days, a cyclist on the road was a new phenomenon, but now everything is used to it and it has become easier. Over time, you will begin to calculate the trajectory of the movement to minimize the loss of inertia and guess the maneuvers of motorists.

The concept of “correct “fix” – no. First, it’s beautiful. It should be something that you look at, turn your head and say, “You’ve got a nice big one, man.” Speed ​​and other things are not the main thing. 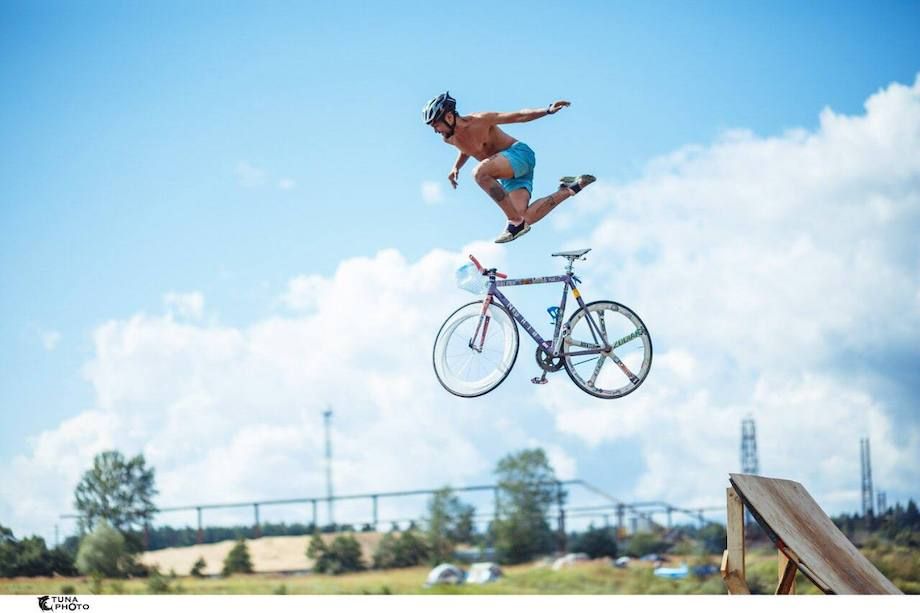 Photo: From the personal archive of Sasha Pesto

Throughout my life, I have collected six “fixes” for various needs. One was made of “bad parts and branches”, in the other I, on the contrary, invested a lot of money. The construction process is not limited by your imagination. Geometry, fit, budget – everything is individual. And aesthetics. “Fix” is about beauty. It happened that the guys collected maximum tastelessness for a lot of money. As in the whole culture of customization, in cars, in interior design, there is a “collective farm” or “style” theme. It is felt everywhere and can be traced everywhere.