The rain did not disrupt the planned bicycle competitions among preschoolers.

The relay, dedicated to the Day of Knowledge and the celebration of the 370th anniversary of Zainsk, took place on the territory of the second line of the park named after R. Fardiyev. Pupils of the senior and preparatory groups of Zain kindergartens took part in the competition.

Annual competitions are held with the aim of popularizing mass sports, promoting a healthy lifestyle and attracting preschool children to physical education and sports.

First of all, the bicycle relay teaches children to win and to drive a two-wheeled vehicle correctly.

– Guys, when you start, you need to prepare the pedal and put your foot on it to immediately press it. Remember that you need to jump through the finish line with full strength, make a finishing lunge. Don’t brake before the finish line or you’ll lose valuable time, as speed is a factor in these competitions. When driving, you need to keep to the right side of the road, and overtake your opponent from the left. Most importantly, remember your safety and keep your balance, – says the judge of the competition Mikalai Lebedev.

Fortunately, there were no children injured. The relay took place in one breath. Physical education instructors supported and cheered for the children. Some of them ran next to the child and encouraged him all the way.

– The fastest, most agile and experienced young cyclists, who ride not only in kindergarten, but also in everyday life, came to the relay.– Says Svetlana Nasibulina, a physical education instructor from the “Dzyumovachka” school. 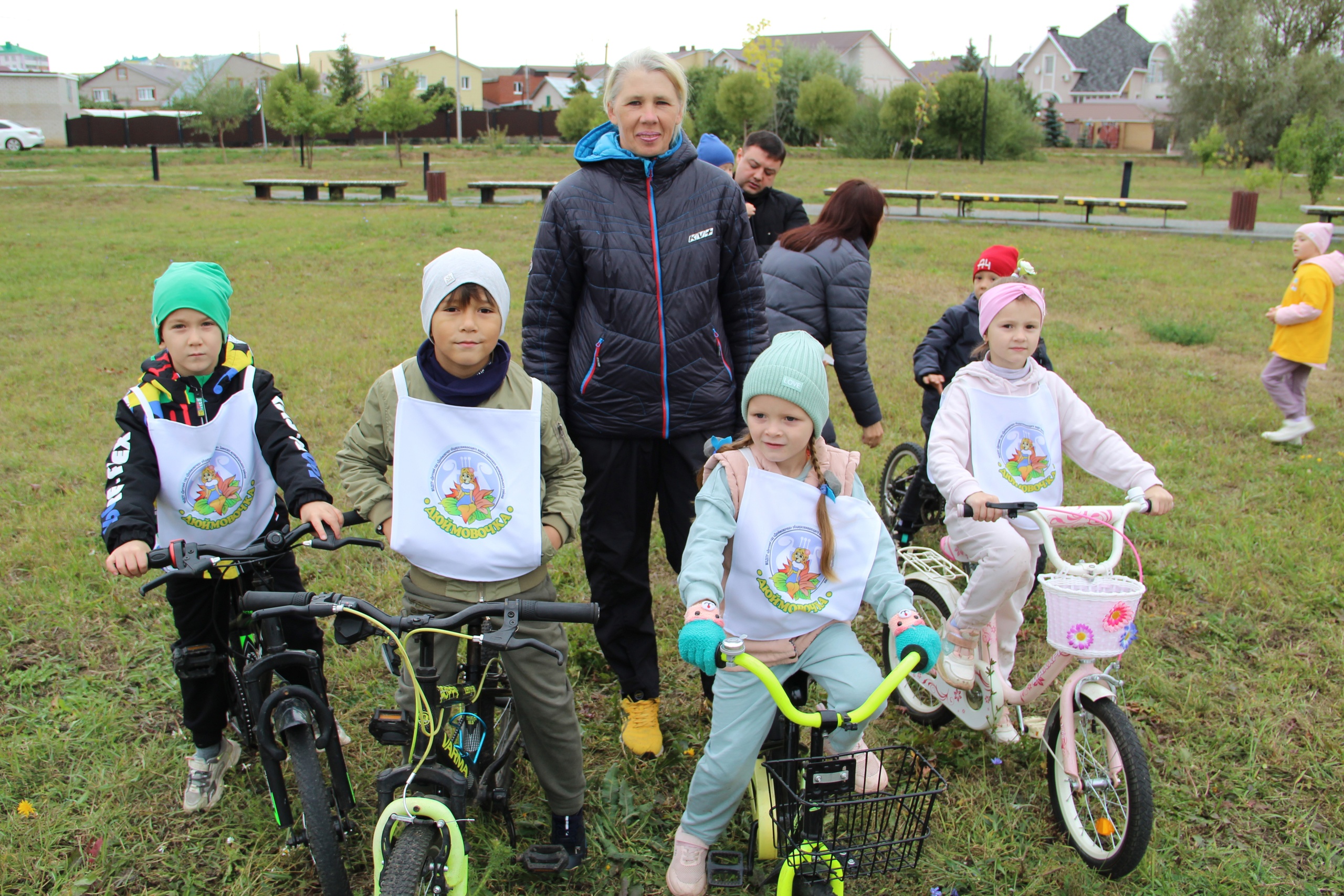 Gulzira Shaikhutdinova has been working as a physical education instructor at the “Soneyka” kindergarten for 28 years. This is the third year she has participated in the relay together with her pupils. According to her, conditions have been created in the kindergarten for children to learn to ride a bicycle. 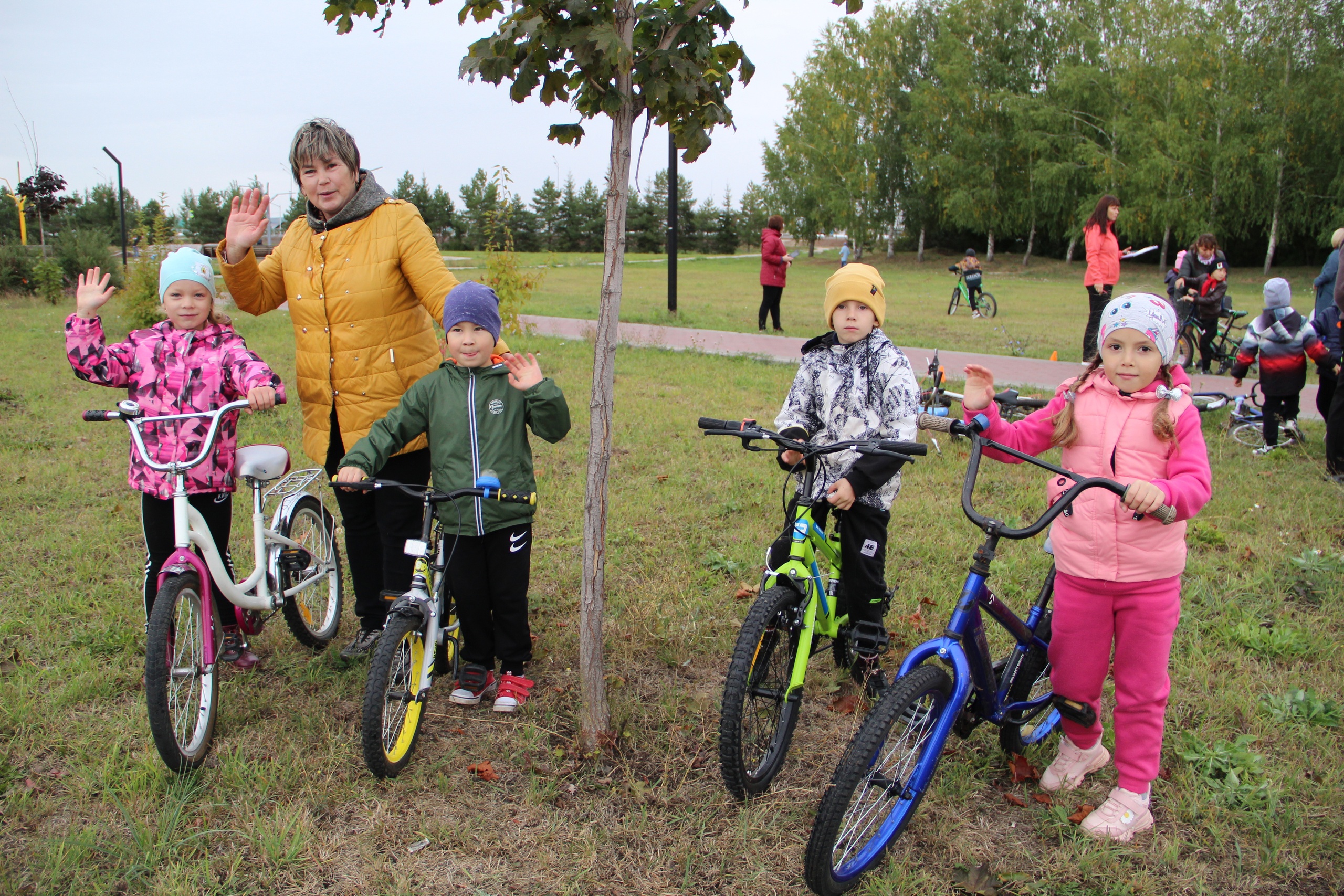 – About ten years ago, we won 10 bicycles in a competition on road traffic rules, on which we learn to ride and participate in various competitions. Mostly, children from the older group get on the two-wheeled transport, because the experiment with pupils of the middle group unfortunately failed. In September, we jointly participate in the “Runner’s Day” event, in which children compete among themselves in riding bicycles and scooters. As for the city relay, last year the kindergarten was among the top three winners. – she says.

For the first time, pupils of “Birch” kindergarten are taking part in the relay. According to physical education instructor Marina Farutdinava, getting to the city from Stary Zainsk is quite problematic for preschoolers, and she is grateful to the parents who independently brought their children to the relay. 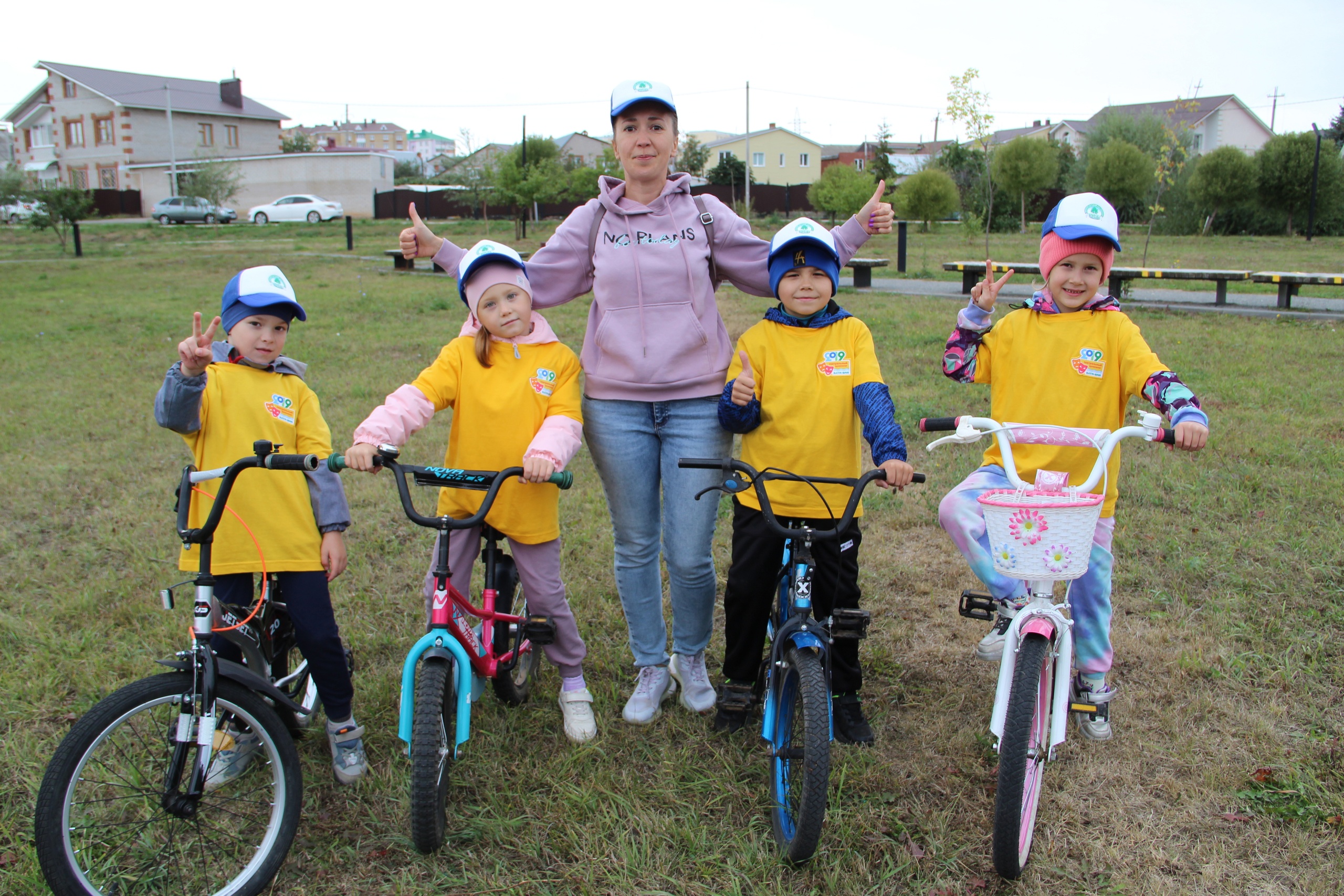 – She asked the guys: “Who knows how to ride a bike?”. Whoever raised his hand was chosen for the relay. We have never participated in this competition, but I think that the guys coped with the given task perfectly, finished without falling, drove quickly and successfully despite the light rain. In September, the event “Bike is my friend” is planned in our kindergarten, where children of the preparatory group will participate on bicycles and scooters. A bicycle is the first transport in a child’s life and it must be taught the rules of the road. – she says.

Olga Zakaryanova, a physical education instructor at the “Alyonka” kindergarten, actively supported her pupils. Loudly cheered and encouraged each of them. 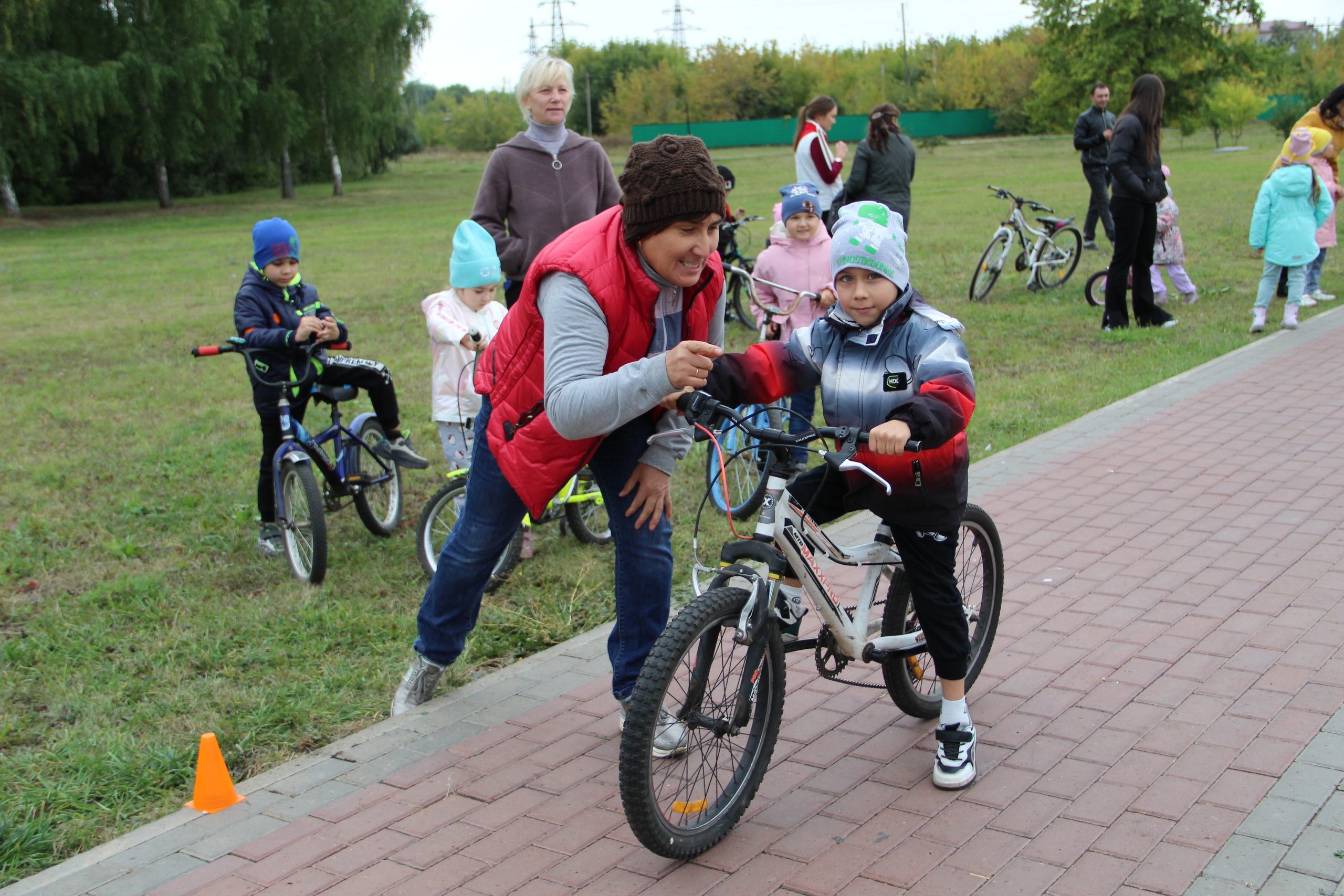 – There are 2 boys and 2 girls in our team. It so happened that all the children are from the preparatory group, and one girl from the middle group is Zlata Kasimova, she is only 4 years old, but she tried, pedaled and reached the finish line. We try to participate in all city events where our pupils take first place. In the kindergarten there are bicycles on which you can practice – they are insured, that is, with additional rings, but children are more used to riding their own transport, – she says. 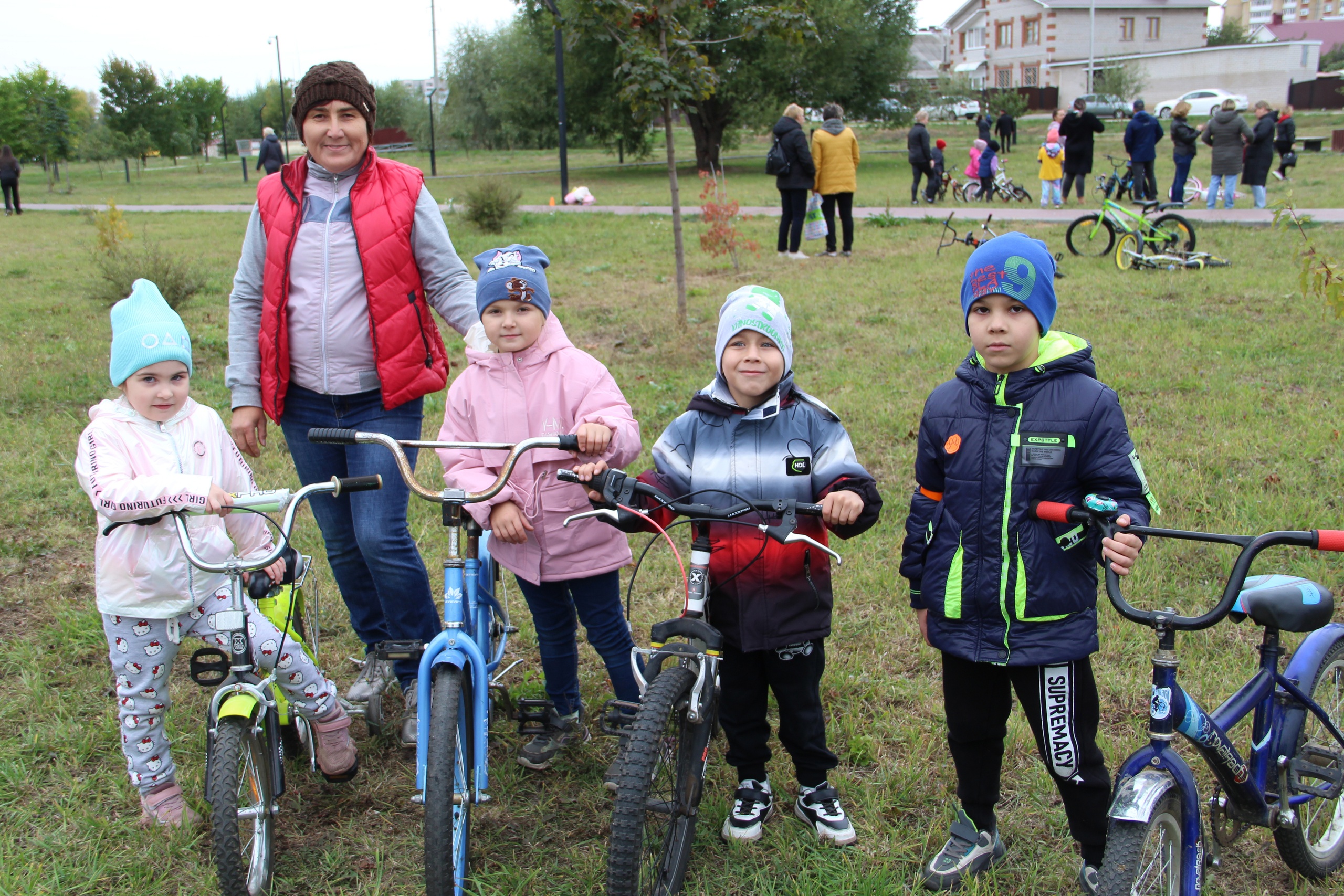 Elena Paklina has been working as a physical education instructor at the Forest Fairy Kindergarten for more than 31 years. Together with her pupils, she takes part in the relay for the fourth year. 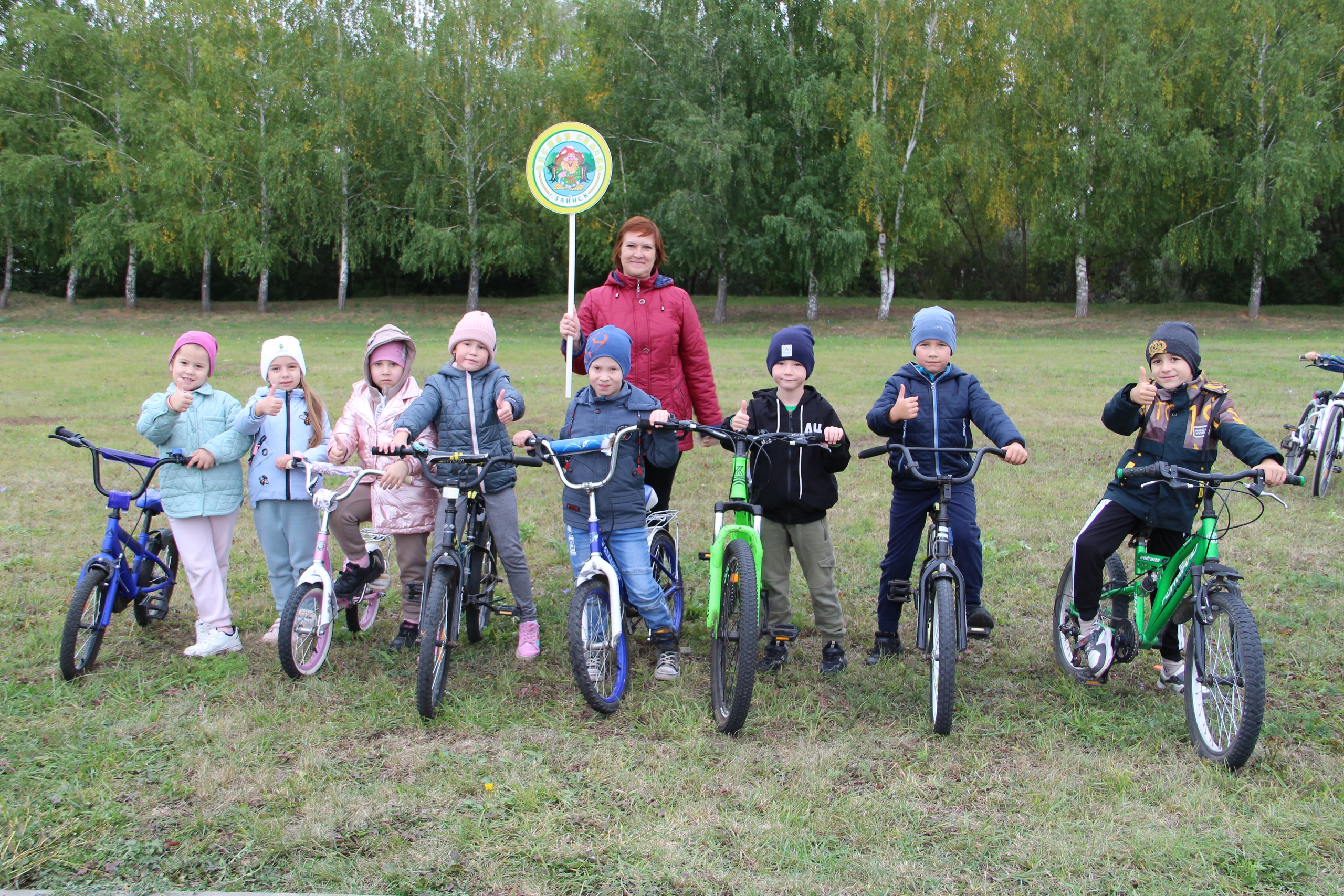 – We take the first places in all sports events, except bicycle races, but this year we will be the first here as well – she said during the relay. – “Forest Fairy Tale” is the largest kindergarten in the city, so two teams take part in the relay at once. And there were even more people who wanted to participate, and so that the others would not be offended, a competition will be held on the territory of the kindergarten, in which all those who have bicycles and scooters will take part. Initially, I teach the children to ride a quad bike, and as they gain confidence and balance, we remove the extra wheels. I explain how to get around obstacles and why you can’t go into the oncoming lane, how to move next to other cyclists. Children grab everything for the summer, so we will definitely take the first place– She says.

Note that the words of Alena Paklina turned out to be prophetic and, according to the results of the relay, the “Forest Fairy” kindergarten took first place. The best time is 3 minutes 5 seconds. In second place is the “Soneyka” kindergarten, whose participants completed the tasks in 3 minutes and 18 seconds. Kindergarten “Birch” gave them one second and took a worthy third place. 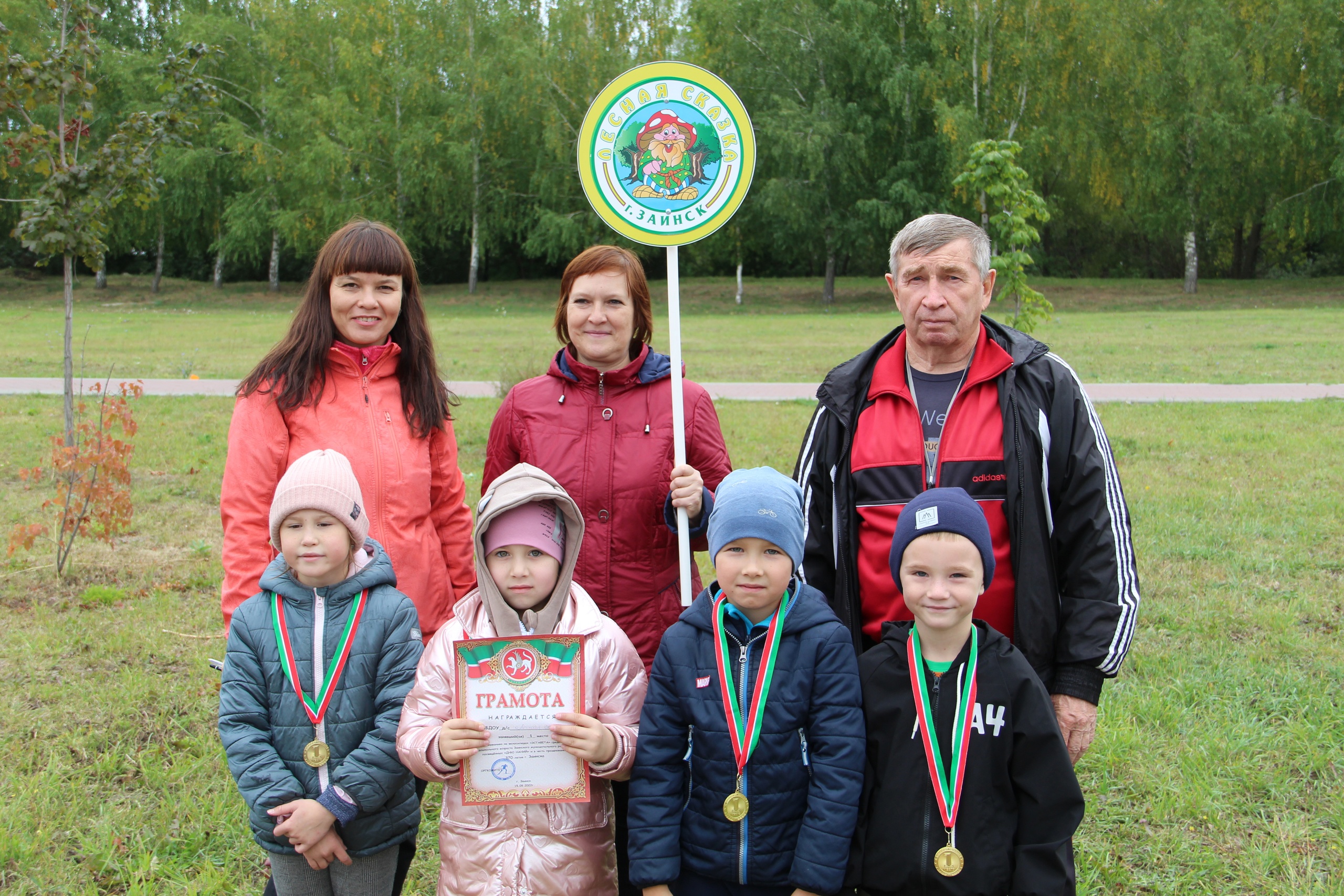 Follow the most important and interesting in the Tatmedia Telegram channel

Unfortunately, you can only post a reaction once 🙁
We are working on improving our service