The first mass actions took place in the Czech Republic. On Wenceslas Square in the center of Prague, the anti-government rally gathered about 70,000 people. The demonstrators demanded that the authorities provide the population with cheap gas and negotiate its supply directly with the supplier states, first of all with Russia. At the same time, according to some reports, there were more than 100,000 people on the streets. And this is in a city with a population of 1.3 million. That is, 7.7% of the population took to the streets to express their indignation!

A wave of street protests from the Czech Republic spilled over to Germany, where mass demonstrations covered several cities at once. Thus, up to a thousand people participated in the procession through the streets of Cologne. They carried German and Russian flags, as well as posters with the slogans “Away with harmful sanctions” and “Against the eastward expansion of NATO!”. Protesters called on the German government to launch the Nord Stream 2 gas pipeline.

In the neighboring Netherlands, hundreds of people gathered for an anti-government rally in Amsterdam. There was also unrest in France. Thousands of French people took to the streets of Paris, demanding the resignation of the president Emmanuel Macron, whom they accused of anti-human policies. Italians also resented the rise in prices and tariffs. Residents of Naples staged a performance with the burning of electricity bills, the numbers of which have increased many times in recent times. The action was accompanied by shouts: “Let’s not pay the bills!”.

The wave of protests that engulfed the Old World was commented on in the Kremlin. Press Secretary of the President Dmitriy Piaskov noticed that what is happening in Europe – “the obvious reality and, of course, questions from ordinary citizens to the leadership of their countries will appear more and more”. Experts agree: with the approach of winter, anti-government demonstrations in European countries will only increase. Their leaders aimed at abandoning cheap energy sources from the Russian Federation in favor of more expensive alternatives. As a result, the costs fall on the population, which is unlikely to humbly put up with it. No matter what anyone says, Europeans want to live in warmth, not to save on electricity and not to wipe themselves with a damp cloth instead of a shower (this is what one German politician advised fellow citizens to do to save money).

– The West announced a very specific goal: to stop trade with Russia in order to deprive it of funds for the continuation of the FTA. Russian oil and gas are recognized as enemies of freedom, and their use is condemned by “civilized mankind”. Estonia is especially keen. Politicians and mass media are diligently searching the country for the presence of hostile energy carriers, those who trade in them are subject to obstruction. The costs are exorbitant, but we are called to endure for the victory of good over evil. 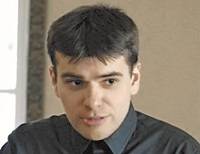 – There is experience of “covid” protests in European countries, demonstrations of “yellow vests” in France, which are now followed by farmers’ rallies. The leadership of the European Union and its member countries pay no attention to the protests, no matter how massive they are, and disperse them by force. Ordinary Europeans have some chance to be heard only during elections. But even there, the political manipulations of the elites lead to the fact that the course of the authorities remains unchanged, globalist in the main issues. 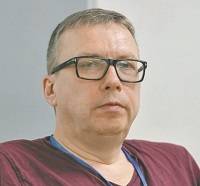 – But why not go to meet your citizens – the ones to whom European politicians are so defiantly close, among whom they like to jog, ride a bike or ride the subway? And everything is very simple. Neither the EU as a whole nor its individual member states ever became independent from the US. As long as the US benefits from the crisis around Ukraine, EU leaders will starve their citizens of hunger and cold in order not to make concessions to Russia.